Hey! The Illinois State Senate is considering action on RCV and we need your help! Click here to learn more.

Fact: Ranked choice voting is as simple as picking a favorite pizza topping.

The assertion that RCV is confusing is insulting to voters, it would seem that the opposition believes voters are no more intelligent than a small child trying to understand the complex nature of the game “peek-a-boo”.

When surveyed 92%[source] of Minneapolis voters found RCV to be “simple” and when looking at their 2017 election, which used RCV, there was a 99.96% valid ballot rate[source]! If RCV was as confusing as detractors like to say, this would be a much smaller number. 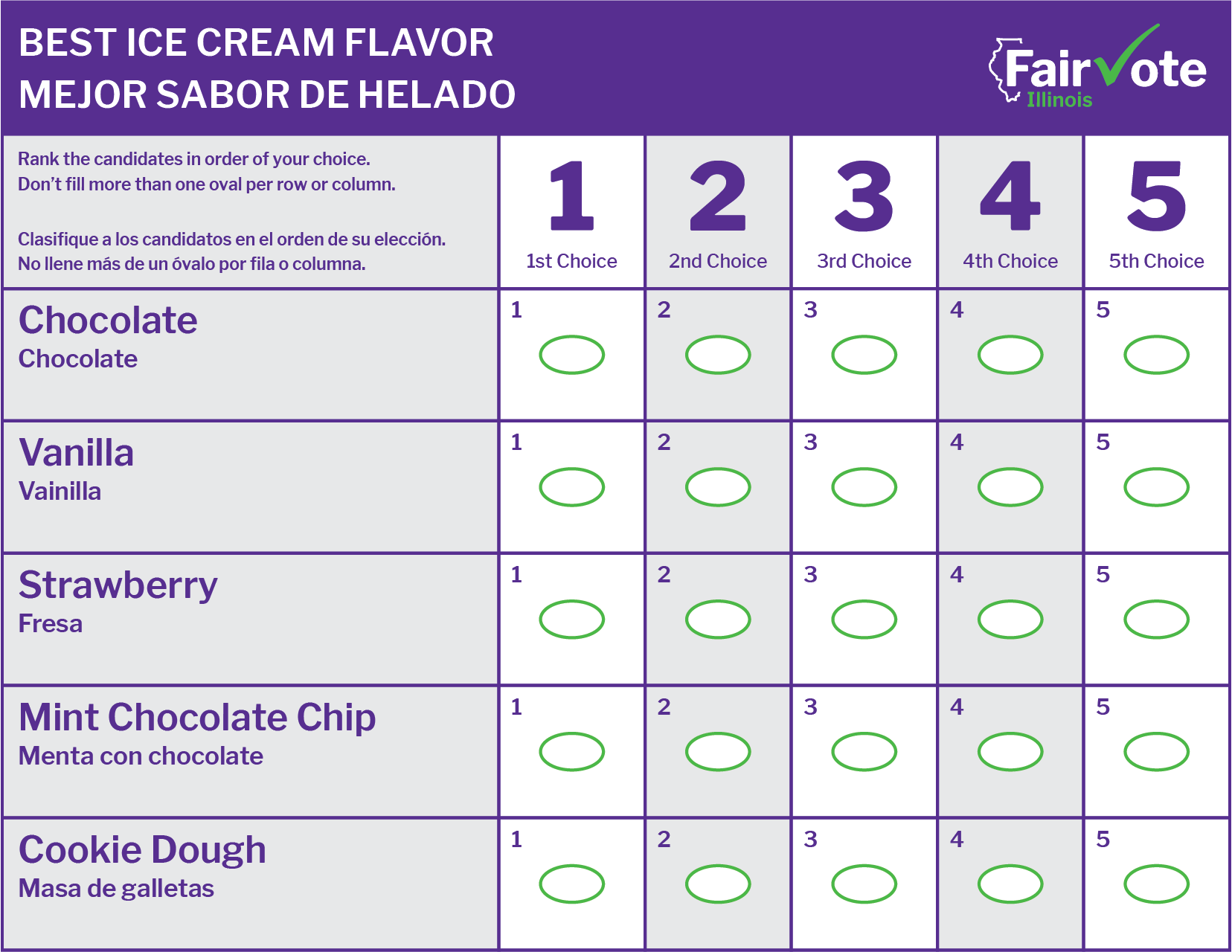 The graphic displayed here is an example of what a ranked-choice ballot could look like. Something that many voting adults have seen from their years of test-taking throughout their schooling career. RCV is now used in places such as Ireland, Maine, Santa Fe, Alaska and many other places. If the voters in these places can understand and use RCV, then so can the voters in Illinois.